Play God and deliver judgement upon your own NFT Planet with transformational Miracles and the power of your divine Avatar!

Gods on the Blockchain

Apeiron is part of a new wave of token-driven, play-to-earn blockchain games. Our tri-token system utilizes governance, play-to-earn, and alliance tokens in tandem to create a dynamic economy that mirrors the real world, while our NFTs - in the form of Planets, Stars, and Relics - puts the ownership in the rightful hands of the player.

What you make in the game - the planets you build - they’re yours: keep them, sell them, or use them in the wider NFT metaverse. 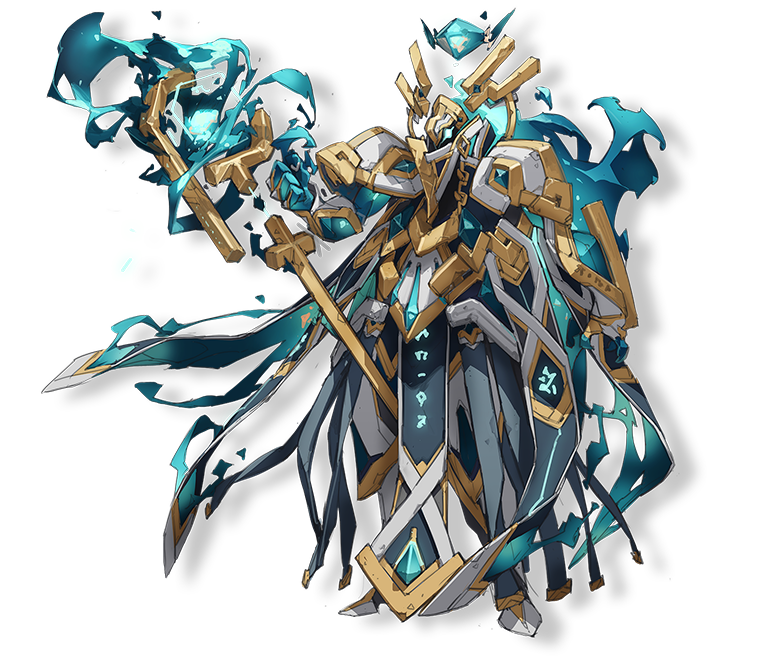 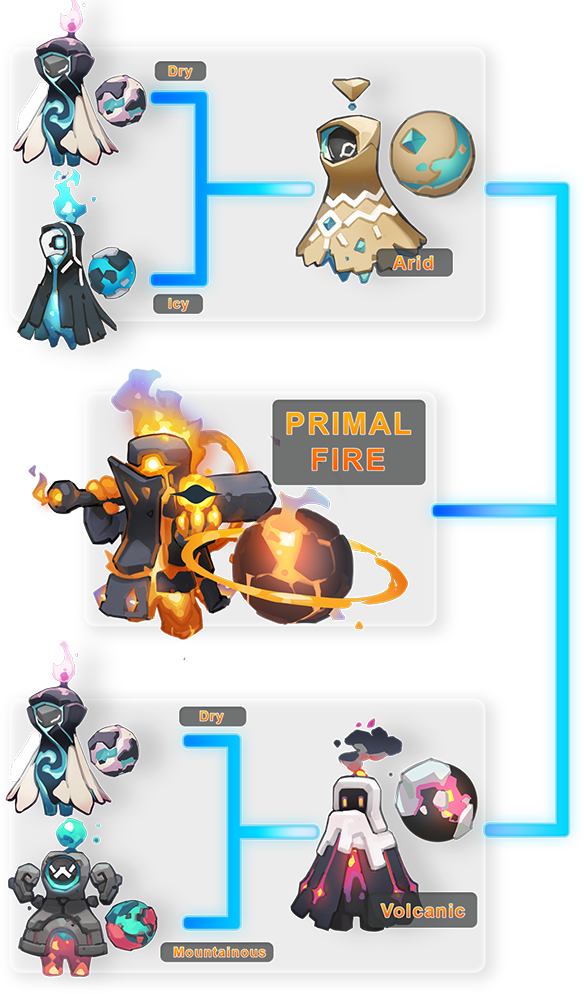 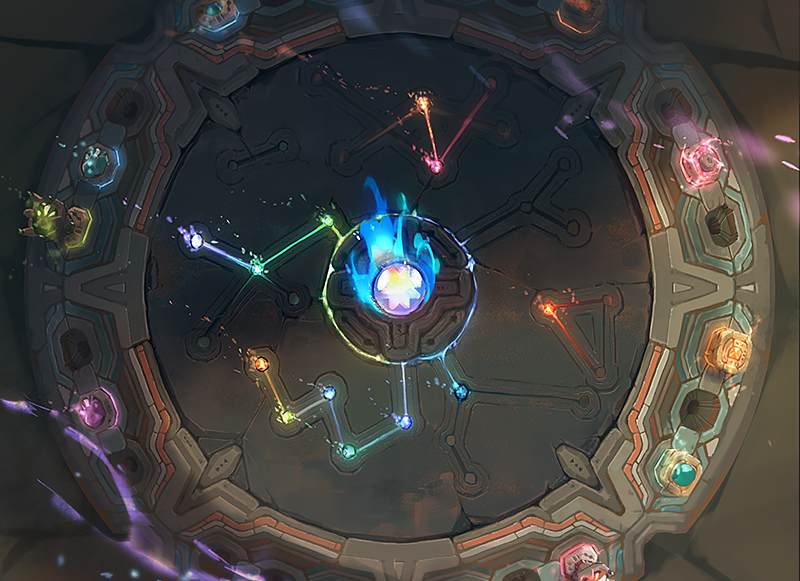 Exchange for a better Revolution

All NFTs - Planets, Stars, and Relics - will be sold in public marketplaces. These NFTs are unique, non-fungible ERC 721 Tokens. Planet NFTs are where the main gameplay loop happens - players will need to purchase their first planet on the marketplace, or apply for a starter Seed Planet. Stars are like the “lands” in other NFT games, and will offer powerful passive bonuses for Planets that orbit them, as well as the potential to contain rare celestial items and places. Relics are those game objects - such as Avatars, planetary wonders, or special items - that would otherwise be lost after finishing a planetary cycle, but can be made permanent by converting into a Relic. For the Apeiron faithful, we will Presale 3,894 exclusive Primeval Planets with unique “Primordial” traits, the only ones of their kind. Simultaneously, we will Presale 11,498 Stars around the Axis Mundi, the center of all creation in the Apeiron Universe, which will be made available for purchase via Stella Tabula Chests. 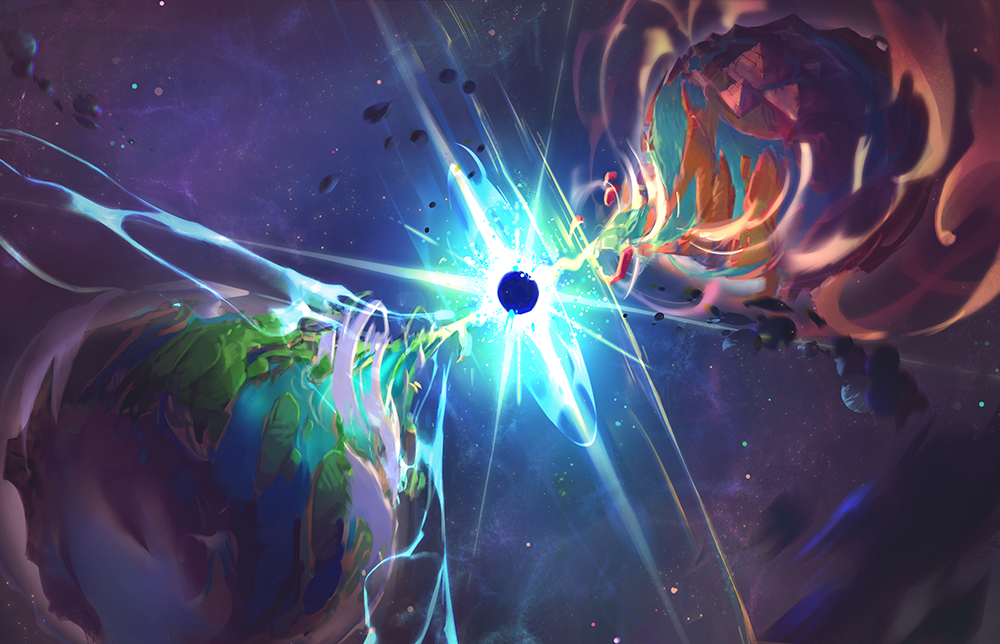 Players will start the game with one Planet. But by acquiring more - such as through the marketplace - they will be able to perform a holy ritual known as Celestial Conjunction. The ritual takes the spiritual essence from both Planets and combines them to produce a new Planet. The new Planet will inherit traits from the parent Planets, as well as have a chance to have new and exciting traits of its own. Through repeated Celestial Conjunctions, Players will have the chance to create their own perfect worlds, worlds of primal elements where the surface is nothing but a roaring inferno, or an ocean planet where leviathans swim the deeps. 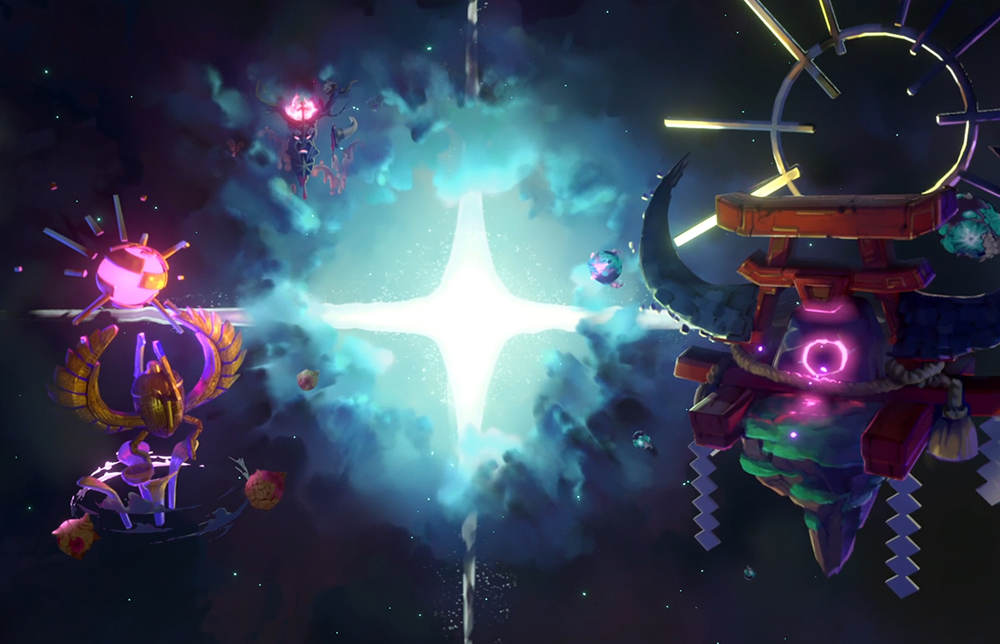 The Apeiron universe is made up of many Constellations, which contain Stars, which themselves are orbited by Planets. Players will start in the Axis Mundi - the center of creation. Later, they will be able to explore and purchase Stars in constellations based on mythological stories from around the world. As they explore, they will encounter the Taint of Chaos, an infection that threatens the very fabric of reality. Players must overcome Corrupted Old Gods, Boods (Tainted Doods) and Chaos Avatars to seize the final victory in the ultimate struggle between Cosmos and Chaos! 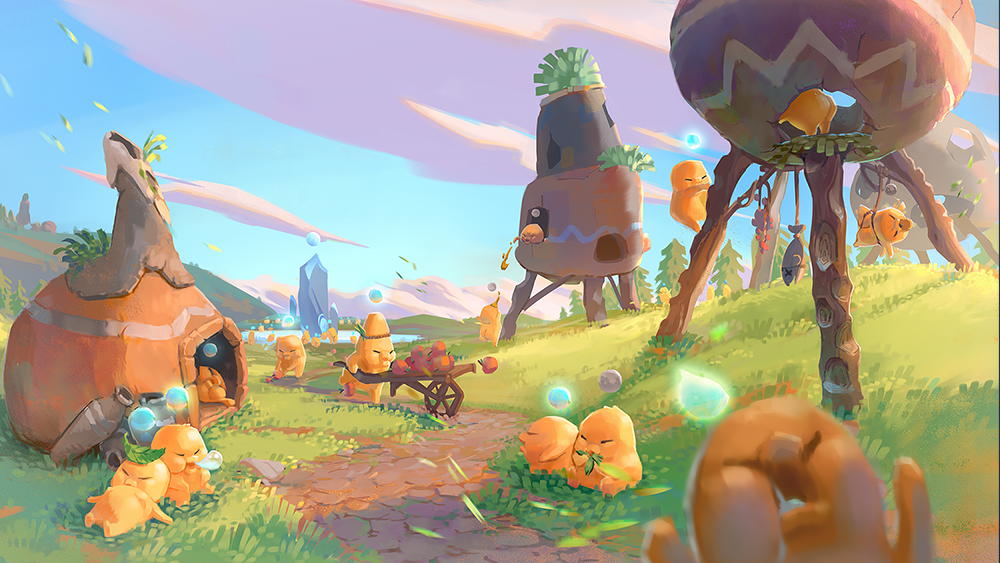 Inspired by classic God-games such as Populous and Black & White, as well as modern Roguelike action-adventure games, Apeiron will offer integrated gameplay where you can shape the world from on high before getting down to earth as a controllable Avatar to unlock the universe’s mysteries. Grow your planet until it can’t grow anymore, then reset the planetary cycle, opening the door to persistent progression ultimately leading to exciting Alliance level PvE and PvP gameplay. The universe awaits! 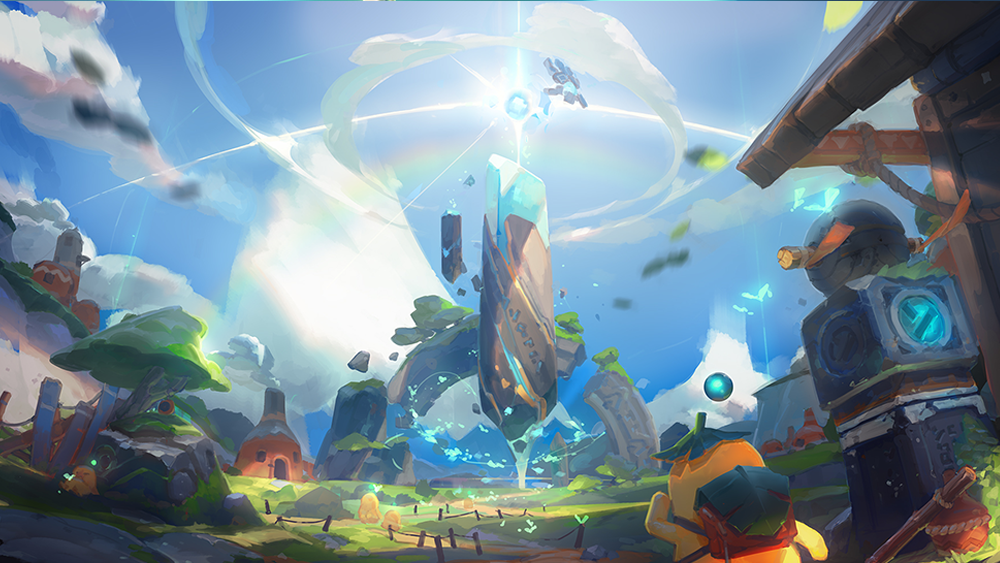 Each planet comes with its own Doods - cute and chubby little guys who get themselves into trouble more often than not. As a Wandering God, it’s your divine duty to help the Doods build their society. Call down rain so that the Doods can grow their own food, or shatter a mountain so they can expand their settlements. Or, if some of them are causing trouble, toss a fireball to keep them in line. Good or evil, the planet will slowly change to reflect your alignment! 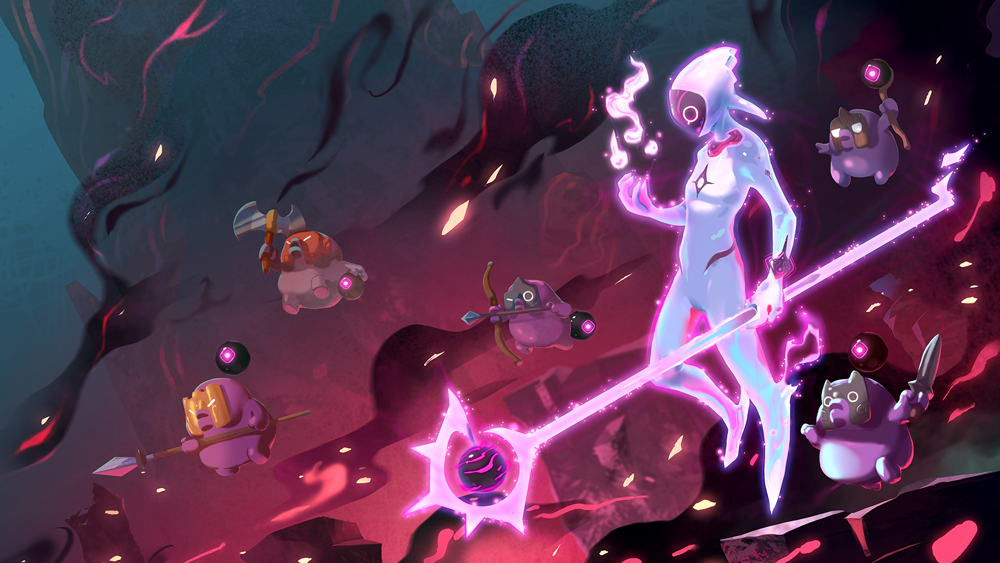 So you’ve been building up a steady supply of Dood followers: now you summon your Avatar. With an Avatar under your control, you can explore nearby worlds and celestial objects by diving into dangerous dungeons and fighting challenging monsters in a skill-based, real-time combat system. Gather Dood Apostles and hunt for epic Relics of power and never fear - you can return to EDEN and continue to grow your planet whenever you wish. 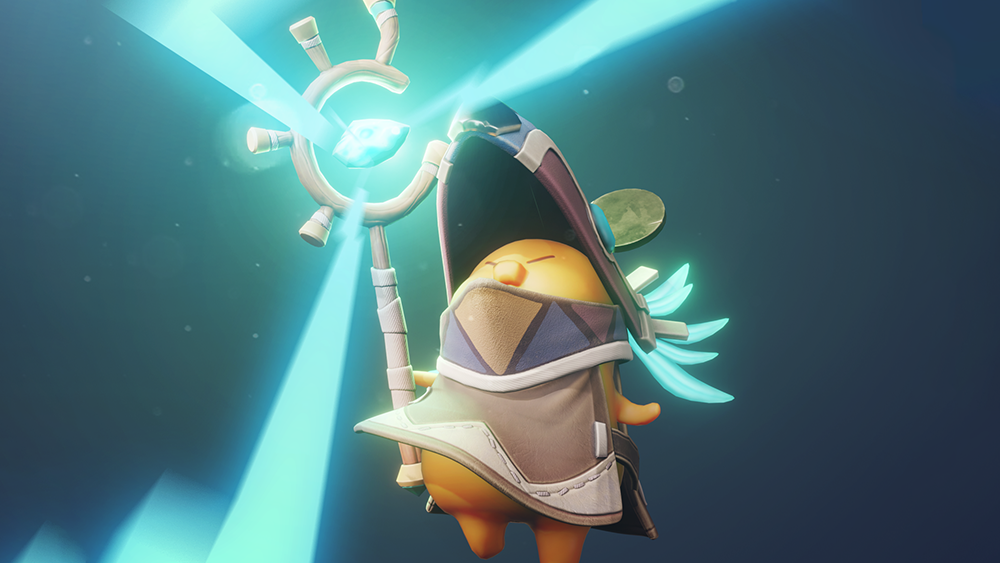 Now you’ve gone through all the dungeons, and the Doods have covered the world with their buildings. Hit the reset button by calling down an Armageddon - your followers and buildings will be consumed, but the Soul Gems you get in return can be used to permanently upgrade your Spirit Core, giving persistent progression. And so the cycle starts anew: keep it up, and you’ll be able to participate in high-level Alliance PvP and PvE gameplay. 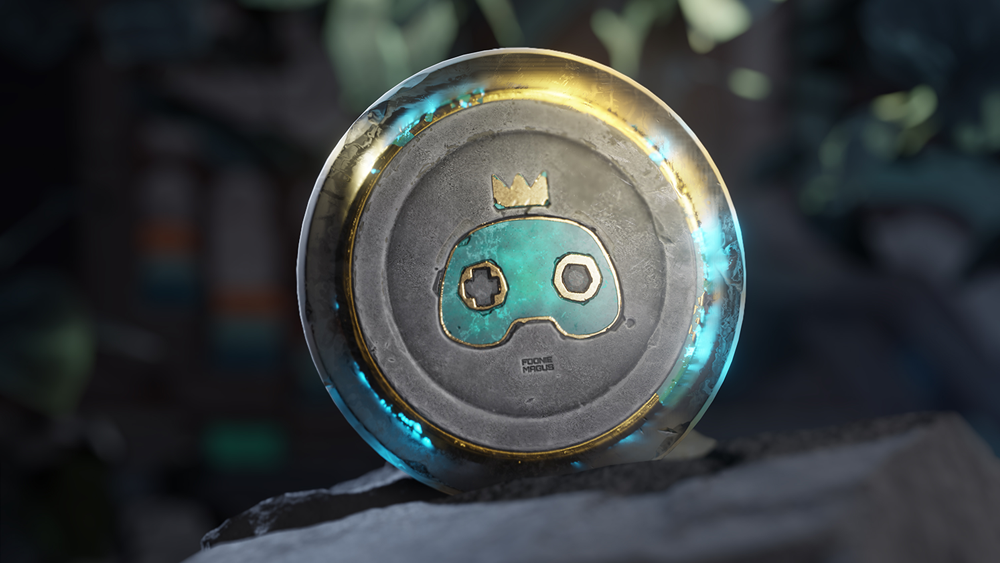 While many NFT games rely on just two tokens, Apeiron brings three currencies to the table. First, Apeiros, the game’s governance tokens, allow players to stake their claim in the universe. Second, Anima, the play-to-earn tokens, rewards dedicated play with a highly liquid currency. And finally, Ringularity - a novel premium alliance currency - promotes social gameplay and gives players something to work towards in the late game.

Check out our prototype

Under Apeiron’s Tri-Token System, not only will the developers have better control over the game economy than under a dual-currency system, but players will also benefit from having more to earn, and more meaningful choices to make.

Apeiros serves as Apeiron’s governance tokens, and will give holders the privilege to participate in voting processes that will affect the future development trajectory of the entire game.

Anima are Apeiron’s play-to-earn tokens. Players win tokens when accomplishing certain tasks in game, then exchange their tokens on the marketplace, fully realizing the value of their play.

Apeiros and Anima are used to perform Celestial Conjunctions. They can also transform items that would otherwise be lost into Relics, which are permanent, tradeable tokens.

Locked for 10 months and then linearly vested over 25 months

Maintenance of game development and operations. Unlocked release of simulation expansion, then linearly vested over 80 months

In contrast to other open world blockchain games, Apeiron will give players decision-making power over the flow of the greater narrative, in a fashion similar to that of Dungeons and Dragons. Voting takes place through our decentralized autonomous organization (DAO), where token owners can vote on Galaxy Progression, use of revenue from token issue, game operations, game asset allocation and token buy-back schemes. In principle, every Apeiros Token holder can become a DAO member and vote on proposals, although membership is optional. DAO implementation is handled by an external third party.

Sign up with your email address to receive news and updates.

We are a group of passionate and fun-loving game developers brought together by a shared dream to produce unique digital entertainment experiences. Our energy levels are over 9000, watch out for our unstoppable charge into the future! 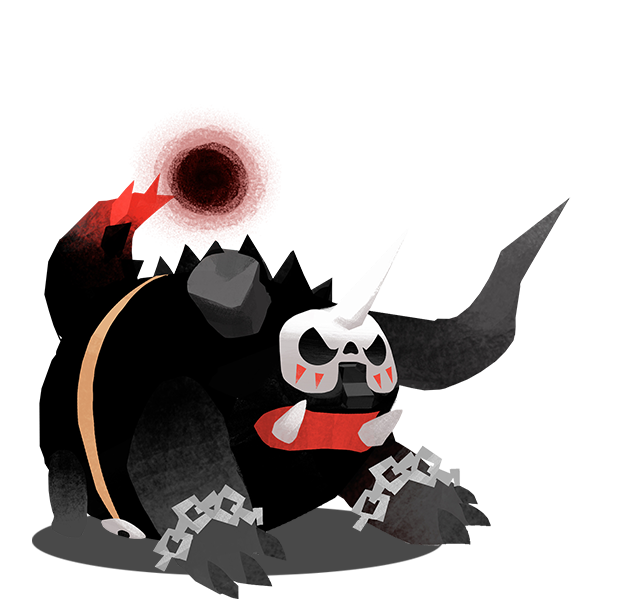 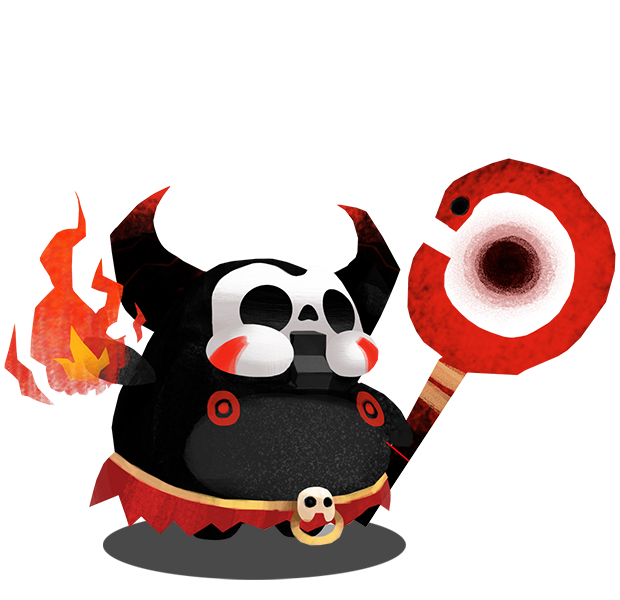 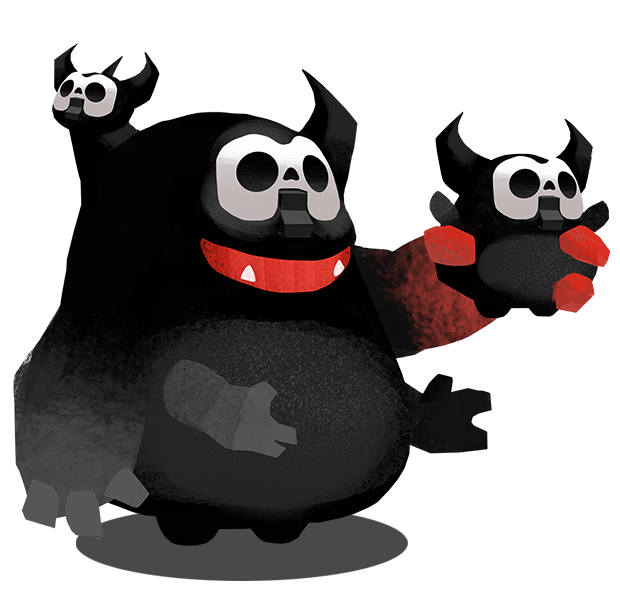 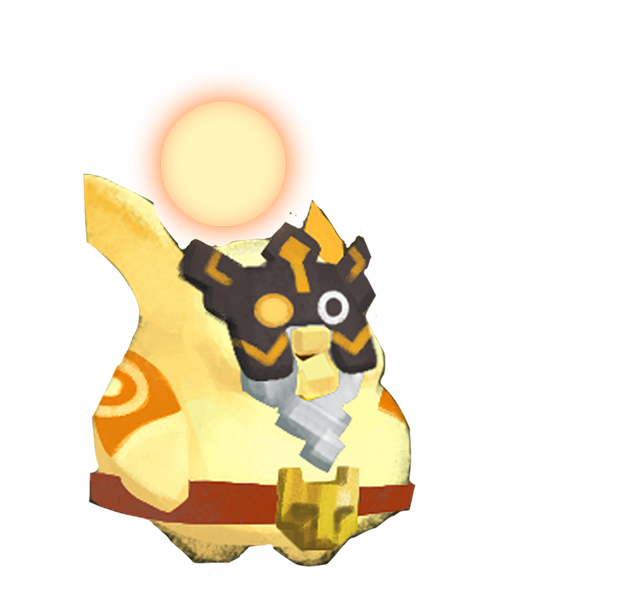 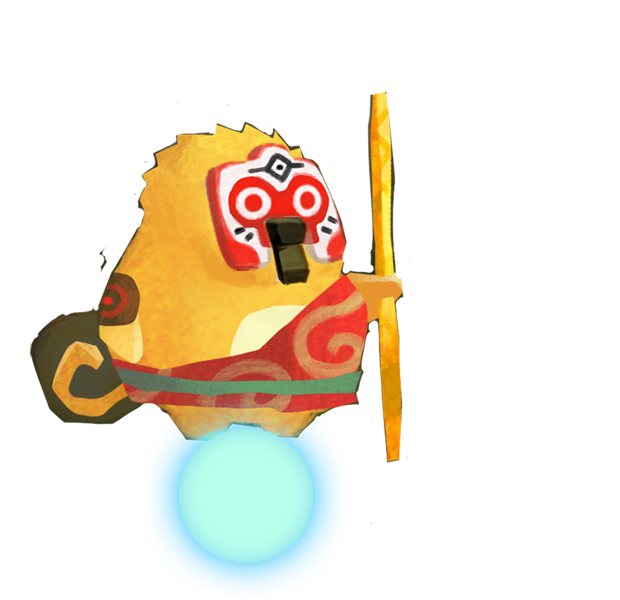 
Founder of Stunga Lab, director of two original short films: 21 and The Rigger, 7 years of development experience on over 10 Mobile and VR Titles, pioneer of intuition animations. 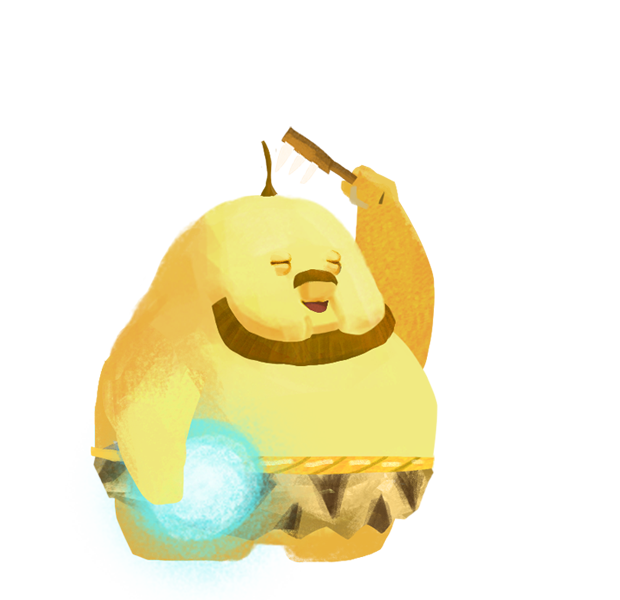 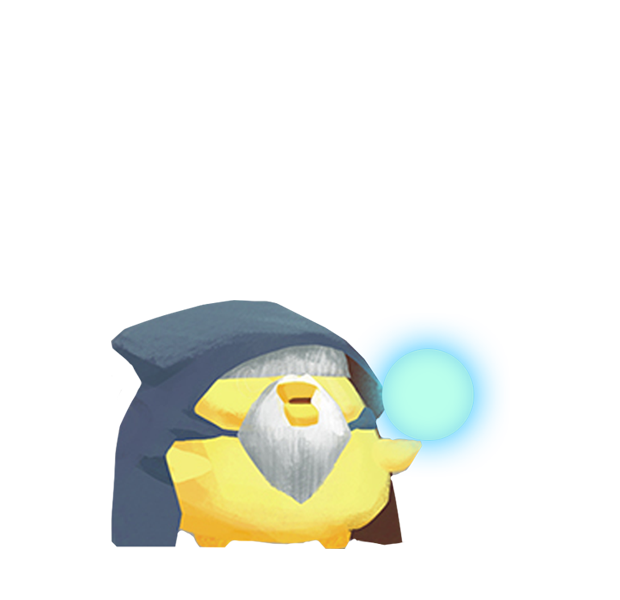 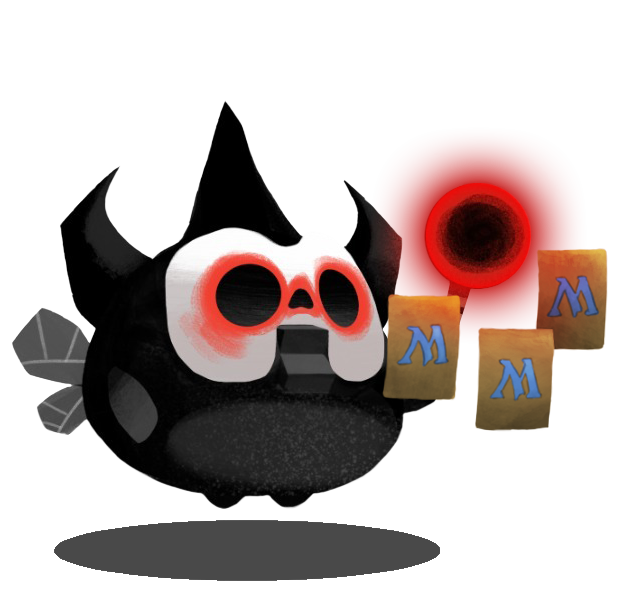